Can Video Games Benefit the Elderly? 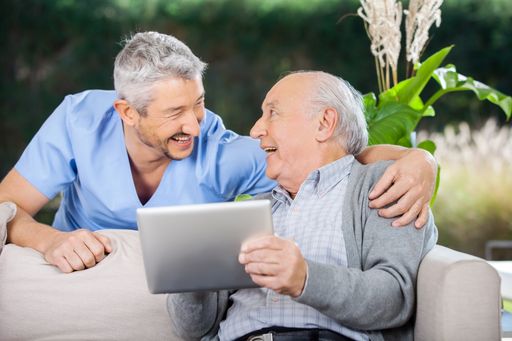 Nowadays, video games are one of the most popular sources of entertainment. However it is still often criticised for causing increased aggression, isolation and rising obesity. This is simply not the case! In fact, many studies suggest that video games can do the opposite by helping the player keep healthy (in mind and body). This draws us to the topic of this blog. Can video games actually benefit the elderly…and how?

It’s a known fact that when we age our cognition slows down by having negative effects on our memory and thinking skills. Even healthy older adults can forget commonly used words and find it more difficult to multitask (Mayo Clinic, 2018). Many health experts suggest that keeping the mind active can assist in keeping the brain healthy when in the later stages of life. Indeed, taking these proactive steps can reduce the risk of developing dementia, depression and other medical conditions (Seniors at Home, n.d.). These activities can include practising memory and playing ‘thinking’ games, which can be commonly found in video games! Below is an example of how games can implement these features.

Probably one of the most famous video games designed for the purpose of improving cognition is Dr Kawashima’s Brain Training game. Originally developed for the Nintendo DS in 2005, the game is now available in 2020 for the Nintendo Switch.

‘There are more than a dozen different numerical and verbal exercises to give your grey matter a workout, designed to be played for a few minutes each day. You can track your training with the in-built calendar, and test your progress by checking your Brain Age score’ (Nintendo, 2006). Interesting points to pick out of this game is the use of giving users a brain score age, which can be displayed through a virtual calendar. This can help older individuals (or their carer) track whether their cognition is either improving, staying the same or deteriorating. Overall, these games require the player to use their cognition skills to solve the multiple puzzles available. By using and practising these skills can potentially improve users’ cognition and also keep their minds occupied without feeling bored!

As previously mentioned in this blog, as we grow older we are more susceptible to diseases such as dementia. Alzheimer’s is the most common one, where dementia symptoms gradually worsen. ‘In its early stages, memory loss is mild, but with late-stage Alzheimer’s, individuals lose the ability to carry on a conversation and respond to their environment’ (NHS, 2018). There is no cure to Alzheimer’s but the symptoms can be slowed down.

However, research into producing a dementia diagnostic test has been created through the use of video games (specifically, Virtual Simulation). This game is called Sea Hero Quest (launched in 2016).
The idea for the game was created when a PhD student became interested in spatial navigation due to observing that Alzheimer’s patients had specific difficulties with it. Hornberger (as cited in Anna, n.d.) states that they conducted a study on navigation with Alzheimer’s, but it was hard to distinguish what counted as ‘healthy’ or ‘normal’ navigation (particularly in older people). This became the idea behind Sea Hero Quest!

The game’s objective was to determine the normal range of navigation skills and use this data anonymously to test players for the earliest indications of Alzheimer’s disease. This was done by Coutrot (developer of Sea Hero Quest) by ‘drawing parallels between spatial awareness in the game by navigating maps, approaching quests and solving problems’ (Best Alzheimer’s Products, 2019). Sea Hero Quest managed to have 3 million downloads, equivalent to 12,000 years of lab-based research ‘which became the first global benchmark for human spatial navigation and forming the largest dementia study of its kind’(Alzheimer’s Research UK, 2017). This gives clear indication that video games are useful not only for increased brain activity for the elderly, but to help detect early signs of Alzheimer’s!

Besides keeping the brain active, it’s also important to keep the body active as an old aged individual in order to decrease the risk of developing various health conditions. Indeed, many sources state there are numerous benefits to exercising when in the older stages of life. For example, Which (2020) states that the benefits of exercise can ‘manage stress, reduce risk of depression, rude impact of mobility issues, lower high blood pressures and ease symptoms of arthritis, diabetes and heart disease’.

In terms of how much exercise should be done each day, the NHS (n.d.) suggested that seniors age 65 and older should do at least 150 minutes of moderate intensity activity a week. It is stated further that seniors should also do ‘activities that improve strength, balance and flexibility on at least 2 days a week’. From personal experience, there are two games that fit perfectly in this exercise category that can (and already has!) benefited the elderly community. These being ‘Just Dance’ and the ‘Wii Fit’.

The Just Dance game series (developed by Ubisoft as early as 2009) is a motion based dancing game for either single players, or multiple players. Each song comes with its own choreography which the player must copy correctly in order to gain points. By the end of the song, the player is given a rank on how good they did. It should be noted that some songs may have dance moves that the elderly cannot copy, but there are still plenty of choices to keep players of all ages active and healthy!

While Just Dance was a popular game for exercise, the most well known platform was the Wii Fit (developed by Nintendo in 2008). The Wii Fit uses a unique gaming tool called a ‘balance board’ (to track the users centre of balance) which the players use for its exercise games. In terms of what type of exercise it gives, it ranges from yoga, balance, strength training and aerobics.
Sources suggest that while the Wii Fit may not give great benefits to younger people, it can be helpful for the elderly. Dr.Ketcham (as cited in Reynolds, 2010) compliments this suggestion by stating ‘older adults would greatly benefit from balance training in their daily routine, and Wii Fit is an affordable and effective tool to use in their homes’.

How does Gaming Help Specifically?

To be more scientific on how exactly video games can help the elderly with their cognition, it is through the process of neuroplasticity. Neuroplasticity is ‘the brain’s ability to reorganise itself by forming new neural connections throughout life’ (Shiel, n.d.). Shiel further summaries that neuroplasticity allows the neurons in the brain to compensate for injury and disease as well as adjusting their activities in response to new situations or changes in their environment.

Evidence to support this explanation comes from Medeiros (2017) who announced their results in a study which demonstrated that cognitive training in video games actually improved the symptoms of children with cognitive deficits. In this clinical study, 57 children with sensory processing disorder (affects how the brain receives and responds to sensorial information) played a video game called Project: EVO for a total of 4 weeks. It was found after treatment that the symptoms in 33% of the patients had improved to the extent they no longer met the criteria for the disorder. These findings show that the patients went through the neuroplasticity process while playing video games which resulted in their symptoms being reduced.

Linking this back to the elderly, Joaquin Anguera (from the Department of Neurology and Psychiatry at UCSF) states that these findings can give ‘powerful effects across the lifespan and distinct populations with specific cognitive deficits’. This means that the neuroplasticity process can be beneficial for all ages and populations, which potentially could assist individuals with early symptoms of Alzheimer’s!

From the research and sources given in this blog, we can make a clear argument that video games have more purpose in its creation than just simply providing entertainment to relieve boredom. We have seen that Video Games are able to provide brain activities to help reduce the risk of dementia (and other cognitive diseases) through neuroplasticity as well keeping older people fit. In fact, we even briefly touched on the subject that Video Games can help in research to detect early signs of Alzheimer’s which would give huge benefits to the older generation.

But to conclude, I am personally excited to see how the development of video games can further help people in their daily lives and turn around its negative stereotype. How about you? 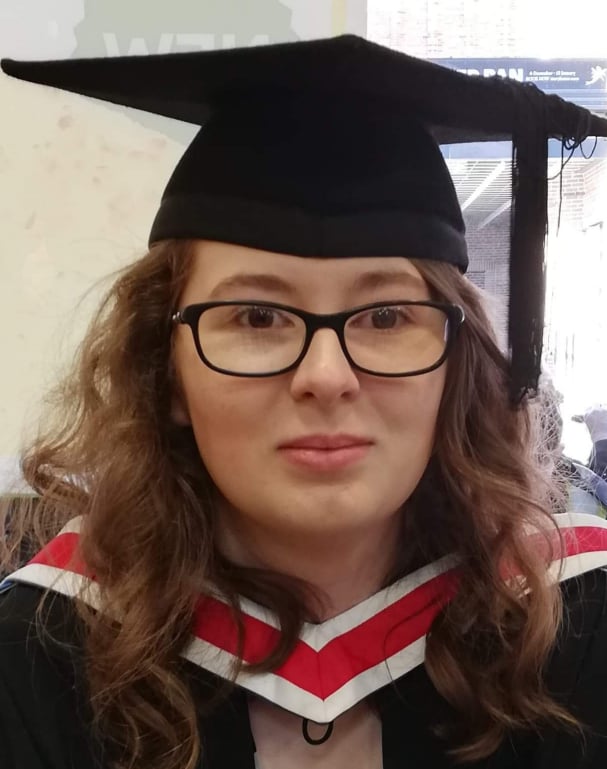